She believes that telling stories can bring positive change in people by eliciting certain emotions.

She stopped attending high school and completed her education with the help of tutors through homeschooling. Boothe then attended University of the Commonwealth Caribbean in Jamaica graduating with honors in BSc Information Technology.

After moving to the United States in 2013 she realized her heart still desired to be in the Arts. Boothe received her AA in Cinema Production from Los Angeles City College where her film, Fall Break, was nominated and won for Top Student Film in 2016. She produced the Rebel Film Festival award-winning independent film, Shattered Dream in 2018. Boothe then went on to pursue a MA in Humanities at American Public University. Boothe is best known for her films Shattered Dream, E.R. Compliance, and E.R. Emotional Release.

In her final term of film studies, Boothe was introduced to and mentored by multi-award-winning producer Kia Kiso (“Mile… Mile & A Half,” “America the Beautiful,” “Spiritual Liberation”).

Boothe has a love for art which is expressed through visual & narrative storytelling and built around a solid background in software engineering.

Tian became an American Citizen in 2021 and currently resides in Los Angeles, California with her son Tai Boothe.

She is the niece of popular Jamaican vocalist, Ken Boothe and is the sister of music producer Jullian Boothe, best known as the manager of Amara La Negra and for his role on “Love & Hip Hop: Miami.” 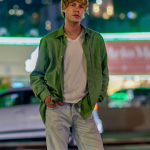 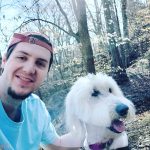